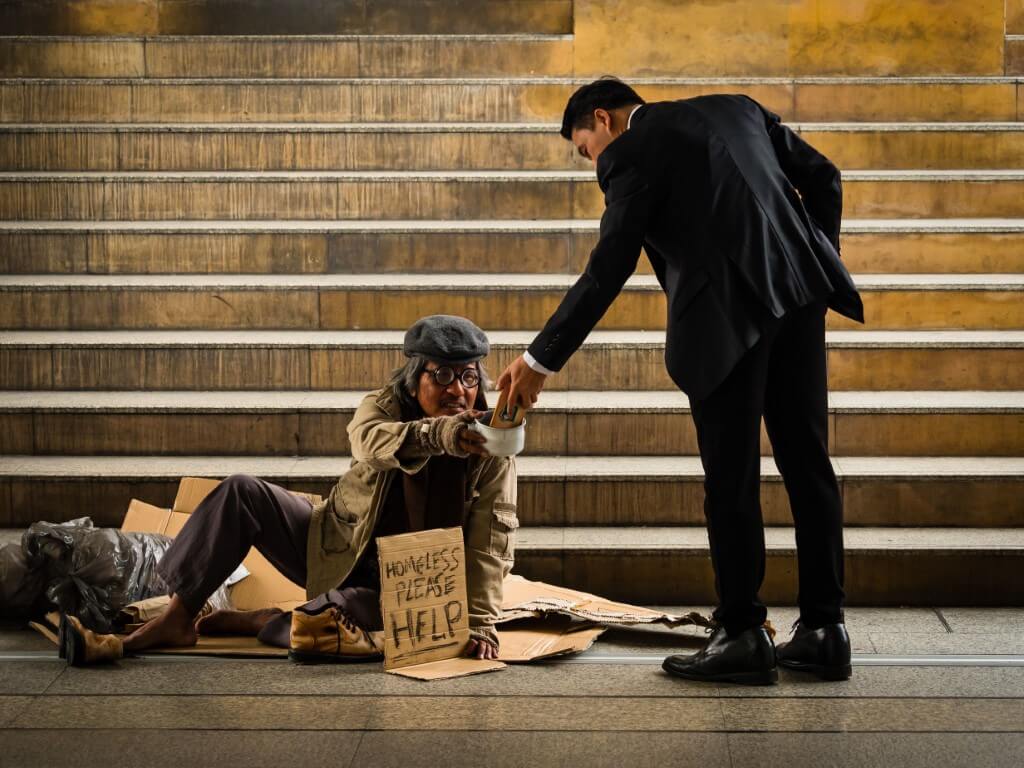 Not only have the poor people of this country been stretched beyond their limits, but so have the country’s charitable organizations. Just as many people who are responsible for providing for their families are having difficulty paying for bread, food banks are now afraid of running out of food.

To prepare for an onslaught of unprecedented need this winter, our volunteer sector must be inventive – and quick. In response to the deterioration of economic conditions in my neighborhood, the family center where I volunteer pioneered the establishment of a “bank of banks,” which includes a food bank, a bedding bank, a clothing bank, a toiletries bank, a home furnishings bank, a hygiene bank, and a bank for infants and toddlers.

In just eight months, it has grown from one of the county’s smallest charities, with a yearly turnover of £500,000 and 30 staff members, to one of the county’s largest charities, with a yearly turnover of £5 million in goods. It is now collaborating with 500 nearby organizations, including charities, food banks, schools, health centers, and social work teams, to provide 230,000 goods to 35,000 families in Fife. These items range from tinned food, nappies, toilet paper, and children’s clothing to duvets, kettles, microwaves, and beds. The initiative is the result of a one-of-a-kind agreement with the local Amazon warehouse to receive surplus items.

Stocks are being built up in preparation for the biggest demand surge of all, which will be for blankets, sleeping bags, and hot-water bottles, now that families have given up trying to heat their homes. This is due to families shifting their focus away from heating their homes and toward heating themselves. This central warehouse, however, is in charge of more than just distributing goods.

In addition to providing paint, wallpaper, carpets, and home furnishings to families who cannot afford the basic upkeep of their homes, a local team of volunteer painters, plumbers, and electricians is now being assembled to help refurbish and improve homes in the area. As of now, plans for a shop that will lend free electrical and mechanical tools to facilitate do-it-yourself repairs are being discussed, and assistance is being expanded beyond the home to include the planting of allotments and gardens.

The family center, with its breakfast clubs, after-school clubs, mothers and toddlers groups, and now a pioneering dads’ club, grannies’ club, and a team of mental health counselors, is endlessly creative in helping families do more with less, and I am constantly impressed by the selfless support offered by local businesses, from the struggling one-man electrical outfit to the largest superstore. Breakfast clubs, after-school clubs, and mothers and toddlers groups are all available.

However, the caregivers and social workers at the family center are aware that no matter how creative or extensive the already herculean efforts become, they will not be enough to prevent homelessness during the winter. All of the charitable assistance gathered in the area has the potential to bring an additional £10 million to the families in Fife who are struggling the most financially this year. However, those additional millions of dollars are insufficient to compensate for the 76 million pounds that the same families were missing the previous year.

This is because 35,000 families in Fife lost more than £30 million as a result of the £20 per week cut in universal credit in October of last year, and they are still short an additional £46 million because benefits have only increased by 3% while inflation has increased their weekly bills by more than 10%. And this shortfall from year to year is only a fraction of the estimated £200 million lost to 35,000 families as a result of benefit cuts since 2010. The Fife council provided this estimate.

In stark contrast to the United States, the British welfare state has stepped up and provided assistance for the past 75 years, where and when the need is greatest. However, due to austerity economics, the social security system is no longer the primary source of support for low-income families; instead, food banks have taken on this role. As a last resort, they are making charitable donations rather than applying for universal credit.

As a result, Keir Starmer has called for a freeze on energy prices as well as additional discounts for low-income families. Prepayment meter fees would be reduced as part of these discounts.

In fact, our already frail official safety net has been ripped apart with such ferocity over the last 12 years that Loughborough University research shows that family benefits will cover only half of the essential costs of living this year. The food bank near where I live has already incurred a twenty-eight thousand dollar deficit this year as a result of a fifty percent increase in requests for assistance.

Because these last lines of defense have now been breached, and charitable organizations are nearing their capacity, only the government has the resources to end the unimaginable suffering caused by unpaid bills and unmet needs.

Truss traveled from London to Balmoral and back on Tuesday, covering the entire length of the country. There is hopelessness in the neighborhoods she flew over, but she is unlikely to visit them. People with whom she and her ministers will never have contact appear to be terrified. Because there is anguish that they do not see, anguish that they do not hear, and pain all across our country, and yet they continue on their merry way.

From the Covid pandemic to current conflicts, we have always relied on some of the lowest-income earners, such as caregivers, nurses, ambulance workers, and members of our armed forces, to show up in an emergency situation. It is now the government’s responsibility to assist them in this matter. A more fractured and hopeless nation can only be reunified through concerted efforts to resurrect our national mission to eliminate poverty among children and senior citizens.

Nobody doubts Truss’ resolve, which is typical of situations in which doing the right thing boils down to political will. Even though these are trying times, she must now come through for the most important and deserving causes. If, on the other hand, she is steadfast in her opposition to rising poverty, decent people will devote their efforts to assembling an unprecedented national coalition of churches and faith groups, charities and anti-poverty campaigners, and local councilors and mayors to persuade her otherwise. Change is on the horizon. It’s time to replace hopelessness with something more positive.